Grenada is an island country consisting of the island of Grenada and six smaller islands at the southern end of the Grenadines in the southeastern Caribbean Sea.

Grenada is also known as the “Island of Spice” because of the production of nutmeg and mace crops of which Grenada is one of the world’s largest exporters. Its size is 344 square kilometres (133 sq mi), with an estimated population of 110,000. Its capital is St. George’s. The national bird of Grenada is the critically endangered Grenada Dove.

The islands are of volcanic origin with extremely rich soil. Grenada’s interior is very mountainous with Mount St. Catherine being the highest at 840 m. Several small rivers with beautiful waterfalls flow into the sea from these mountains. The climate is tropical: hot and humid in the rainy season and cooled by the trade winds in the dry season. Grenada, sitting just outside the Southern edge of the hurricane belt, has suffered only three hurricanes in fifty years. 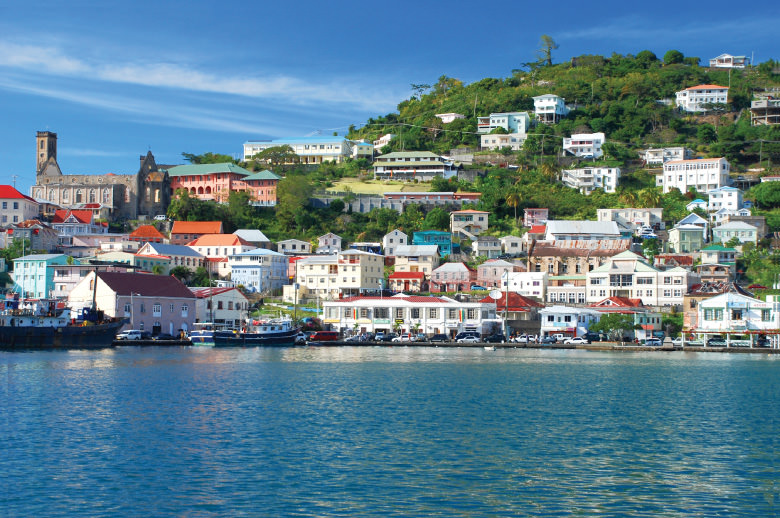 On March 17, 1649, a French expedition of 203 men from Martinique led by Jacques du Parquet founded a permanent settlement on Grenada. The French named the new French colony La Grenade, and the economy was initially based on sugar cane and indigo.

Grenada was formally ceded to Britain by the Treaty of Paris in 1763. Nutmeg was introduced to Grenada in 1843 and this was the beginning of Grenada’s nutmeg industry that now supplies nearly forty percent of the world’s annual crop.

The nutmeg on the nation’s flag represents the economic crop of Grenada; the nation is the world’s second largest producer of nutmeg (after Indonesia).

On March 3, 1967, Grenada was granted full autonomy over its internal affairs as an Associated State. Independence was granted in 1974 under the leadership of Eric Gairy, who became the first Prime Minister of Grenada.

Economic progress in fiscal reforms and prudent macroeconomic management have boosted annual growth to 5%–6% in 1998–99; the increase in economic activity has been led by construction and trade. Tourist facilities are being expanded; tourism is the leading foreign exchange earner. Major short-term concerns are the rising fiscal deficit and the deterioration in the external account balance. Grenada shares a common central bank and a common currency (the East Caribbean dollar) with seven other members of the Organisation of Eastern Caribbean States. 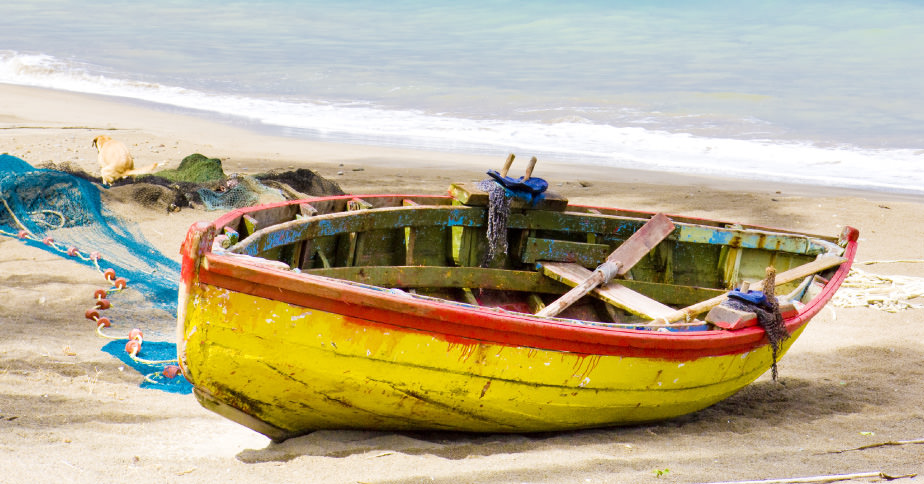 Grenada is located nothwest of Trinidad and Tobago, northeast of Venezuela, and southwest of Saint Vincent and the Grenadines.
view map 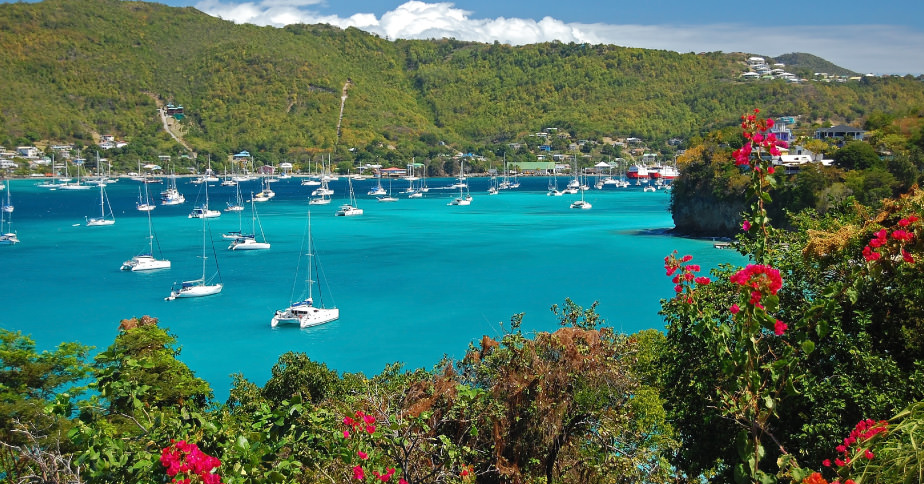 The climate is tropical, hot and humid in the rainy season and cooled by the trade winds in the dry season.
living in Grenada 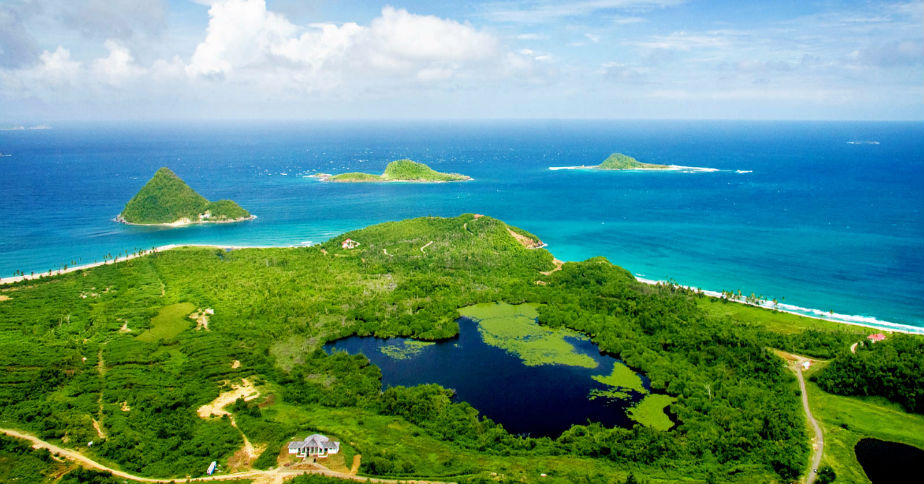 Tourism is Grenada’s main economic force. Conventional beach and water-sports tourism is largely focused in the southwest region around St George, the airport and the coastal strip; however, ecotourism is growing in significance. Most of these small ecofriendly guesthouses are located in the Saint David and Saint John parishes. The tourism industry is increasing dramatically with the construction of a large cruise ship pier and esplanade. Up to four cruise ships per day were visiting St. Georges in 2007–2008 during the cruise ship season.

Tourism is concentrated in the southwest of the island, around St. George, Grand Anse, Lance Aux Epines, and Point Salines. Grenada has many idyllic beaches around its coastline including the 3 km (1.9 mi) long Grand Anse Beach in St George which is considered to be one of the finest beaches in the world and often appears in countdowns of the world’s top ten beaches.