HOW TO GET THERE

Melville Hall, the larger of the two, is located in the north-eastern side of the island is approximately one hour from the capital city, Roseau. Canefield Airport, located 15 minutes from the capital city of Roseau, is only 3,100 ft long and is suitable for chartered flights and private jets.

International flights from the US and Europe are connected to the island through hubs in Antigua (ANU), Barbados (BGI), St. Maarten (SXM), Puerto Rico (SJU), Guadeloupe (PTP), and Martinique (FDF).

Every year, hundreds of thousands of visitors arrive on the island from cruise ships berthed at the Roseau Cruise Ship Berth, Woodbridge Bay, and Cabrits Cruise Ship Berth. Captains of yachts and sailboats can also anchor their private yacht at any of the island’s official ports, but they should check in with customs and immigration on arrival. 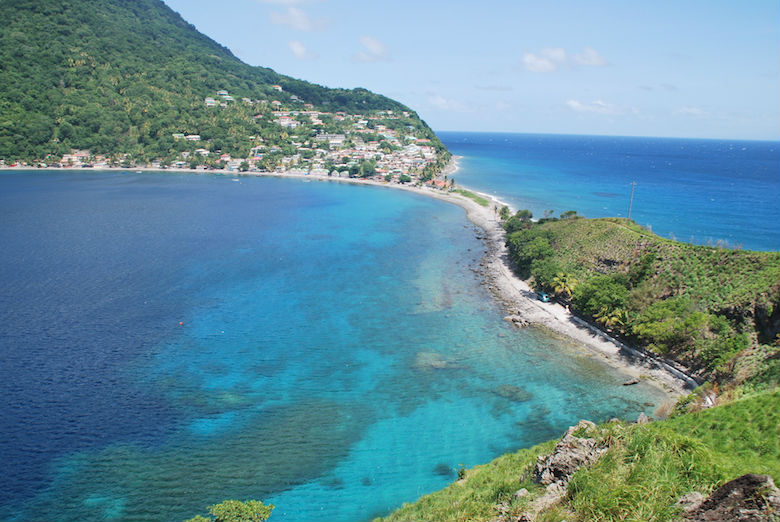 Dominica is one of the safest places to travel in the region. Take usual precautions when travelling around Dominica. Although rare, petty crimes are most likely to happen around Roseau. Elsewhere the island is extremely safe.

Tap water is safe to drink, but since it is sometimes drawn straight from Dominica's many rivers, it has a tendency to turn brown after heavy rainfall. It's better to drink the bottled water available almost anywhere.

There are no poisonous snakes or insects in Dominica.

Using flavorful and indigenous ingredients is a popular culinary pastime in the Caribbean, and travelers to Dominica will find local ingredients infused in cuisine that bears the influences of French, Asian, African, and Carib cultures. Small houses and hotels are home to some of the island's restaurants, and travelers can find hip or informal eateries as well as more refined dining. Visitors will also have opportunities to dine on open-air terraces that overlook the ocean, an experience that should not be missed in the Caribbean.

Freshly squeezed grapefruit is ubiquitous and is perfect with every meal. Coconut water is cheap and readily available by the side of the road. Another local speciality is sorrel. This red refreshing drink is brewed from the flowers of an hibiscus specie common also in Jamaica. The popular locally brewed beer is Kubuli. Ask your hotel to set up a tour of the brewery. Quenchi is a local soft drink which comes in many different flavours. It can be found in every village. The coffee is usually not very good, as most locals seem to prefer tea and juice.

Their rich cultural heritage comes from West African, Carib, French and English influences. Colorful costumes, music, and pageantry are on display at a host of celebrations, from Carnival to the World Creole Music Festival, and the many independence celebrations around the island. Throughout the year many communities have village feasts. Examples are the Feast of St. Peter (held in West coast fishing villages like Dublanc), La Salette in Pointe Michel, or Fete Isidore in Grand Bay. Usually held over a weekend, the feast may start with a church service, followed by events throughout the day, and culminates in a dance in the village hall or school.

"Buggery" (a term used for homosexual sex on the island) is illegal in Dominica.

As far as freedom of movement and exploration a car can be invaluable. Though small the island's tightly turning mountain roads make for relatively long journeys and a hair-raising experience. Driving is on the left hand side of the road and there are various car rental agencies at both airports.

Other travel options include buses, which are generally safe and timely; the local drivers know the roads well and are used to all the usual weather conditions.. If you are on a low budget and have plenty of time then the bus will be fine (except on Sundays, or weekdays after the early evening, when the only bus running goes between Portsmouth and Roseau). Most villages have 3 to 10 buses. Portsmouth has possibly hundreds of buses that perpetually shuttle passengers to and from Roseau.

The currency used in Dominica is the Eastern Caribbean Dollar, a common currency issued by The Eastern Caribbean Central Bank (ECCB) to all 8 members of the ECCU, which has been pegged to the US Dollar at the rate of USD1= approx. XCD 2.70 since 1977, providing certainty and stability in exchange transactions.

The electrical standard on Dominica is 220 or 240 volts at 50 cycles. Electrical outlets on Dominica are made to accept appliances with UK-style, three-prong plugs. More than half of the country's electricity is generated by hydro-power, with the remaining power supplied through diesel fuel.

Some restaurants and hotels on Dominica may add a 10% service charge to the final bill. Extra tipping is discretionary, but for stellar service, leaving a small, additional percentage is encouraged and will be highly appreciated. When service charges are not included in the bill, travelers should tip 10 to 15%. If you're unsure about how much to tip housekeeping staff, you may wish to ask your hotel representatives about typical tipping procedures. Caribbean standards usually call for $2(USD) to $3(USD) per day.

Porters and bellhops who help travelers with luggage at the airport or a hotel will greatly appreciate tips for their service. By typical Caribbean standards, these service industry workers usually receive $1(USD) per bag. With taxi service regulated by the government, tips for taxi drivers are not generally required. However, drivers who help travelers with bags or conduct tours of the island should be tipped at the vacationer's discretion.

The climate is humid tropical marine, with little seasonal variation between the wet and dry season. The busy tourist season in the Caribbean is from mid-December to mid-April. Dominica can be quite hot throughout the whole year, with summer highs averaging close to 90° F. Winter highs linger at about 85° F. The wetter summer and fall months of July to November bring the most rain, as well as the threat of flash floods. In addition, Dominica is subject to Atlantic hurricanes and tropical storms, which bring significant rain and wind activity. The Atlantic hurricane season is from June to November. The drier months on the island, from February to May, give travelers the most opportunity to explore the terrain free from the fear of threatening tropical storm systems.

The “Nature Island of the Caribbean” is a green tropical paradise and one of the most beautiful islands in the Caribbean. It is practically untouched nature with countless rivers and waterfalls, and emerald green mountains dropping dramatically into the turquoise sea.

Dominica hosts the world’s second-largest hot spring, Boiling Lake and features lush, mountainous rainforests, which are home to many rare plant, animal, and bird species, making it a popular location for a hiking trip through the rain forest, or simply to soak up the sun and breathe in the fresh rainforest air!

Dominica is one of the world’s top scuba diving destinations, offering excellent snorkelling and combining a diversity of coral and marine life with underwater visibility ranging up to 100 feet.  The island’s volcanic origins are dramatically visible beneath the water’s surface where divers negotiate lava pinnacles, vertical walls, arches, caves, shipwrecks and an extinct volcanic crater. The champagne reef is one of the only one of its kind in the Caribbean, so named because of the underwater phenomenon of constant bubbles coming from the sea bed.

The Nature Island has everything from extreme sports to eco tours, from spas to whale watching – plus the Morne Trois Pitons National Park – the only UNESCO World Heritage Site in the Caribbean. Since 1997 Dominica has actively participated in the work of Green Globe to develop a model for ecotourism within Dominica.

No matter what you choose to do, Dominica offers an authentic adventure amid the unforgettable magic of nature unspoiled 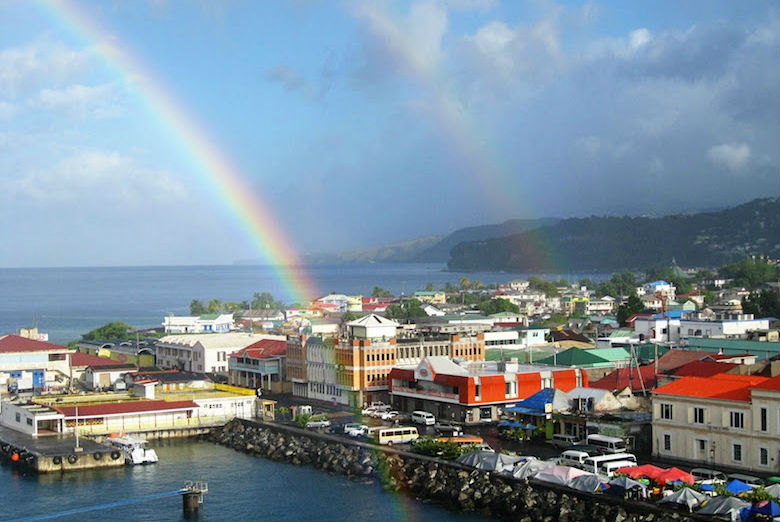