A “jewel” of a Mediterranean island and the mythical birthplace of Aphrodite, the island of Cyprus combines a rich natural and archaeological heritage with great natural beauty and a welcoming population!

With such favourable weather conditions, and such a central location, it's no wonder that tourism occupies a dominant position in the economy of Cyprus. With over 2 million tourist arrivals each year, it is the 40th most popular destination in the world. According to the World Economic Forum’s 2015 Travel and Tourism Competitiveness Index, Cyprus’ tourism industry ranks 36th in the world in terms of overall competitiveness.

Cyprus gained its independence from the United Kingdom and established a constitutional republic in 1960. Since 1974, Cyprus has been divided de facto into the government-controlled two-thirds of the island in the south, occupied by the Greek Cypriots, and the remaining one-third of the island, which is administered by Turkish Cypriots. Greek and Turkish Cypriots share many customs but maintain distinct identities based on religion, language, and close ties with their respective “motherlands.” Greek is predominantly spoken in the south, Turkish in the north. English is widely used.

Legend says the Greek goddess of love, Aphrodite, was born off Aphrodite’s Beach and when waves break over the rock they create pillars of foam that islanders say look just like the goddess herself

The island is both an ancient land, with an eleven thousand year-old history and civilization, as well as a young independent republic since 1960. It's geographic location at the crossroads of three continents - Europe, Asia and Africa - and at the meeting point of great civilizations, has been one of the factors influencing the course of the island’s history throughout the centuries. 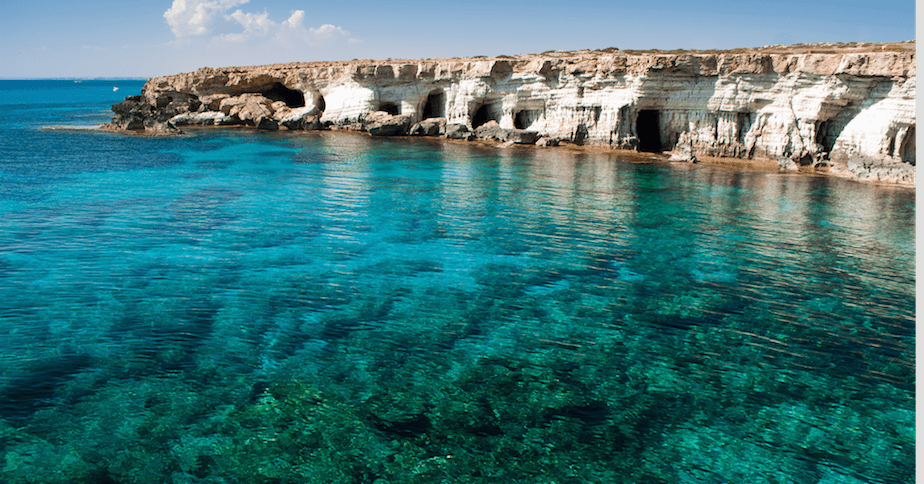 Cyprus is a country where east meets west; where traditions still play an important role in society but where life is never stuck in the past. It may be small, but never claustrophobic and always offers something new to discover.
view map 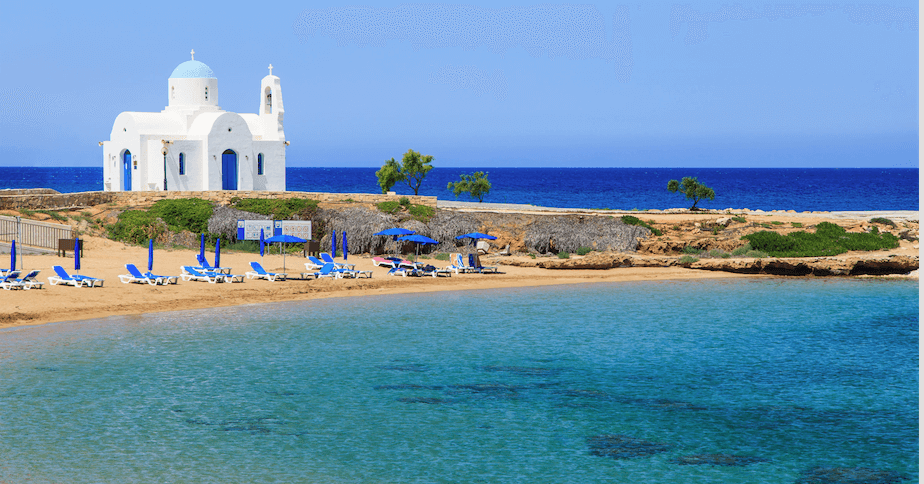 Offering the perfect balance between work and relaxation, Cyprus enjoys an idyllic Mediterranean lifestyle with 340 days of sunshine a year and some of the most welcoming people in the world.
living in Cyprus 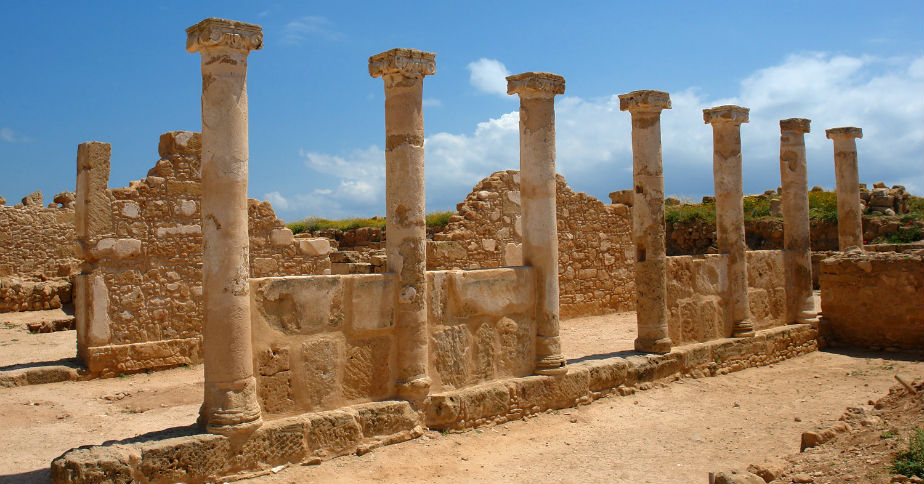 Birthplace of Aphrodite, Cyprus has seduced and inspired generations of travellers. From those wanting to invade and rule the island, to those simply wanting to experience its rich history and culture, Cyprus impresses.
visiting Cyprus

Along with the Czech Republic, Estonia, Hungary, Latvia, Lithuania, Malta, Poland, Slovakia, and Slovenia, the Republic of Cyprus entered the EU on May 1, 2004. The EU acquis communautaire is suspended in the area administered by Turkish Cypriots pending a Cyprus settlement. Cyprus adopted the Euro on January 1, 2008.